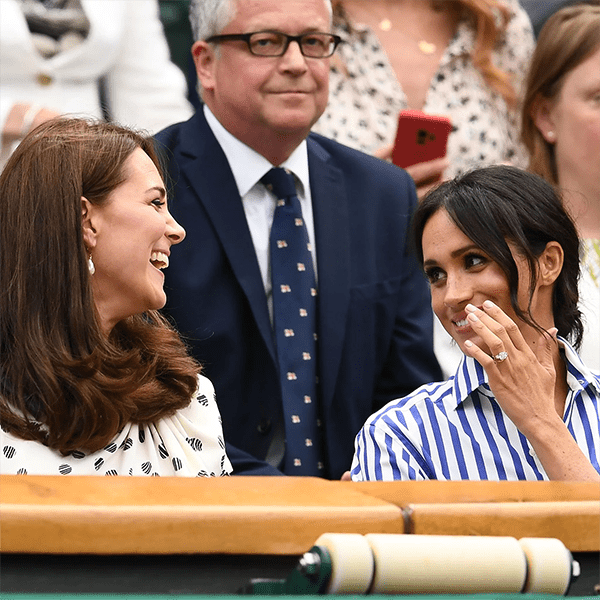 There has long been talk of Kate Middleton‘s coldness towards Meghan Markle. But going through a complicated period, the Duchess of Cambridge probably did not have the energy and time to build a friendly relationship with her sister-in-law.

Prince William has been suspicious from the beginning with Meghan Markle. Initiator of the breakup with the Sussexes, horrified by the devastating accusations of the couple, the Duke of Cambridge will meet his little brother in December and perhaps can discuss it with him. On the other side, Kate Middleton‘s coldness towards Meghan has long been mentioned, which also contributed to the split between the two families. But it could be that going through a complicated period, the Duchess of Cambridge has lacked energy to build a friendship with her sister-in-law.

That’s the theory outlined in one of Andrew Morton’s chapters, Meghan: A Hollywood Princess, which will be unveiled on October 14. At the time, Kate Middleton, pregnant with Prince Louis, had just been diagnosed with hyperemesis gravidarum – which causes uncontrollable vomiting leading to dehydration, weight loss and ketosis, reports L’Express. The pregnancy of William‘s wife was known just two months before the Sussexes announced their marriage. The youngest of the Cambridges was born on April 23, 2018, while Harry and Meghan Markle said yes to each other on May 19 of the same year. During the preparations for the wedding, Kate Middleton then had to deal with her health problems. “She had no energy to be friends with her,” the author makes known.

They did not have time to become friends

The Duchess of Cambridge had to focus on her personal well-being at that time. Sitting next to each other at Wimbledon in July 2018, the sisters-in-law seemed to be sharing a good time, but still did not know each other much. They finally didn’t have enough time to bond as real friends. The mother of George, Charlotte and Louis spent her vacations and weekends at Anmer Hall with Prince William, more than three hours’ drive from where the Sussexes were based. “Harry’s dream of two happy, united families seemed far away,” says the author. Then the youngest son of Charles and Diana and his wife flew to California. Since then, Kate Middleton and Meghan Markle have never seen each other again.