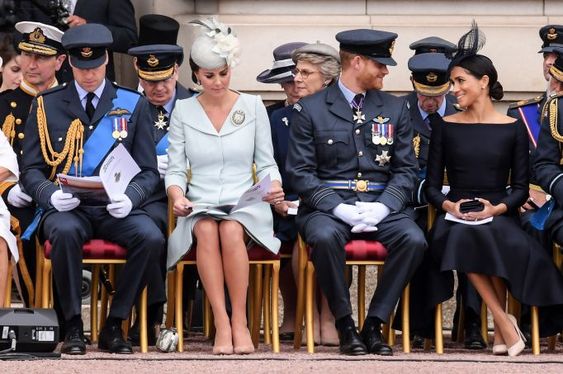 According to the Daily Mail, Kate and William have been particularly generous with Prince Harry’s foundation, Invictus, which helps injured veterans.

According to exclusive information from a Daily Mail reporter, Richard Eden, Prince Harry has a lot to be thankful for with Prince William and Kate Middleton, who have been rather philanthropic. As a reminder, in 2014, Diana’s youngest son launched Invictus, a foundation to help veterans, and it reportedly really flourished last year, thanks in part to Kate and William’s generous donation of £560,984 (about €655,000).

As Richard Eden explains, “this enabled the Invictus Foundation to claim an income of £1.77 million last year in the recently published accounts.” A nice improvement compared to 2019, during which the income amounted to 1.06 million pounds. “Prince William and Catherine have always been supportive of Harry’s efforts to create Invictus,” a source told the Daily Mail, “They are delighted with the success of the foundation.”

It was through another organization, simply called The Royal Foundation, that Kate and William donated the £500,000 to Invictus. The latter, launched in 2009, was initially called The Prince William and Prince Harry Foundation “back when they were still friends,” says the Daily Mail, and then their respective wives came to join the sponsorship.

But in 2019, Meghan and Harry announced they were leaving the Royal Foundation to start their own organization, called Sussex Royal. Now that Lilibet and Archie’s parents have disengaged from their roles as senior royal officials, it remains to be seen whether Kate and William will continue their financial support for Invictus…