Prince Harry and Leonardo DiCaprio: They join forces against “an imminent threat 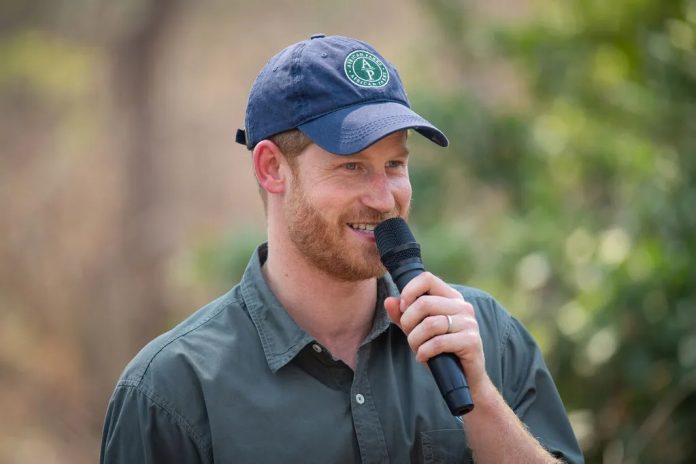 Committed to the environment, Prince Harry has just seen several personalities rally his cause to defend the Okavango River Basin, in Africa, where oil and gas drilling is being carried out. Among these stars, Leonardo DiCaprio.

Prince Harry rallies Hollywood to his cause. Now settled in Los Angeles with his wife Meghan Markle and their two children, Archie and Lilibet, the Duke of Sussex is more committed than ever to causes close to his heart, such as mental health but also the environment. After associating Travalyst, his company founded in 2019, with Google, and this to allow tourists to make more responsible choices in travel, here he has just called for an immediate suspension of oil and gas drilling in the basin of the Okavango River, which crosses Angola, Namibia and Botswana, and supplies water to nearly one million people.

An appeal launched through Rewild, and which was heard by several personalities of the cinema, who joined the cause of Prince Harry. Among them, Leonardo DiCaprio, fervent defender of the environment in Hollywood and producer of the documentary Before the Flood, but also the actors Forest Whitaker and Djimon Hounsou. “We believe this would plunder the ecosystem for potential profit,” they said in a statement, criticizing the Canadian oil and gas company Reconnaissance Energy Africa, which began drilling in the Okavango River basin in late 2020. “Some things in life are best left untouched to achieve their purpose as a natural advantage,” they stressed.

A major commitment for Prince Harry, who, if he is praised for his desire to have only two children in ecological concerns, is also regularly pinned for his choices in terms of transport. Qualified as a hypocrite, he is indeed regularly reproached for having taken in no less than two years 21 private jets for travel. “It is totally hypocritical for Prince Harry or other members of the royal family to lecture people about climate change when they emit more carbon than almost anyone else on the planet,” said a former British minister. For his environmental commitments, the Duke of Sussex will also have to do without the compliments of his father Prince Charles, who currently reserves those for Prince William.