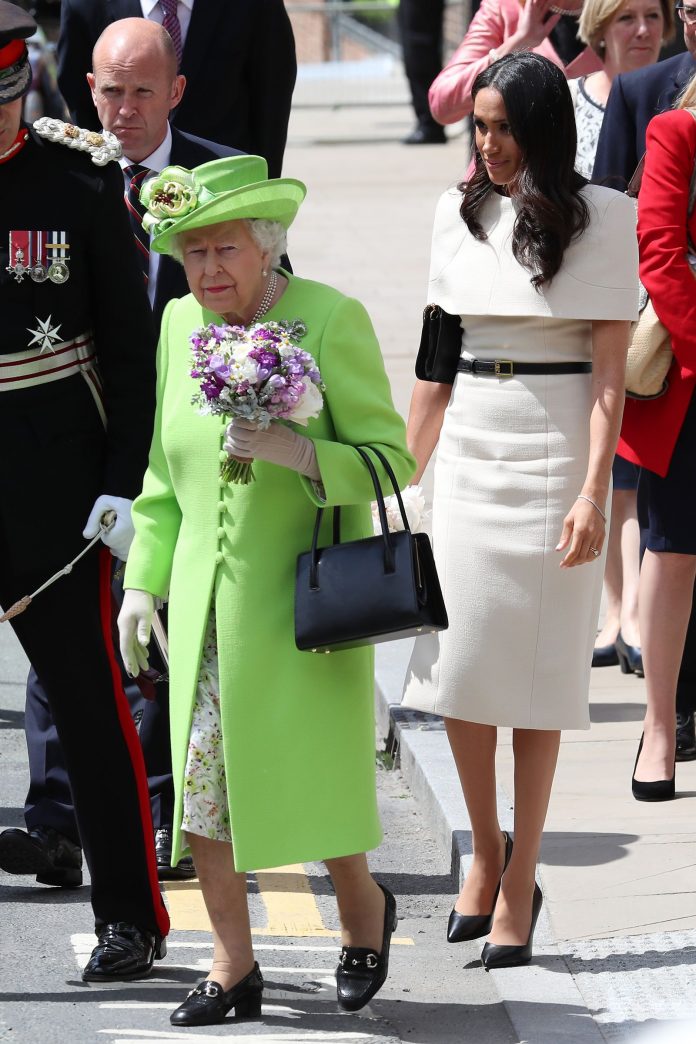 Meghan Markle will indeed make a return to England. The Duchess of Sussex would even have already talked about her return with Queen Elizabeth II.

The tensions between the British royal family and the Sussex couple only increase as the months go by. Exiled across the Atlantic since January 2020, Prince Harry and Meghan Markle are enjoying their family life away from the Crown. While Archie and Lilibet Diana’s father sneaked back to the UK for the funeral of his grandfather, Prince Philip, he plans to stay longer this time in England, towards the end of June.

Meghan Markle, who has just given birth, will not make the trip, but it is likely that their son, Archie, will accompany his father. The great return of the former actress on British soil, however, would already be organized. As revealed by the Daily Mail, this Friday, June 18, a close friend of the Sussex couple told the Foreign Press Association that Meghan Markle has planned a trip to England in 2022.

A friend and confidant of Prince Harry and Meghan Markle. In an interview with the Foreign Press Association, he revealed that the Duchess of Sussex wants to return to the UK with her husband to celebrate the Queen’s platinum jubilee in the summer of 2022. The happy mother, who gave birth to her second child, does not intend to travel with her daughter for the moment.

Racism in the Royal family

The friend of the couple also returned to the allegations of racism made by Meghan Markle and her husband during their interview with Oprah Winfrey. Omid Scobie confirmed that several members of the royal family had “several” conversations about Archie’s skin color before his birth. Following the couple’s startling revelations, the Duke and Duchess of Sussex were accused of driving a wedge between them and the Windsors. For her part, Queen Elizabeth II has done everything to fix the situation and says she takes the words of her grandson and his wife very seriously.

The Crown denies it

After the broadcast of the interview conducted by Oprah Winfrey, the royal family had blocked, denying having ever shown racism. In her statement, the queen had said that the family’s memories “differed” from those of the Sussexes. On an official trip just after the controversy, Prince William had also defended the reputation of the Crown, saying: “We are absolutely not a racist family.

Share
Facebook
Twitter
Pinterest
ReddIt
WhatsApp
Telegram
Previous articleGeorge, Charlotte and Louis have a role to play in reuniting Kate, William and Harry
Next articleMeghan Markle: Memories and anecdotes in her 1st interview since the birth of Lilibet
RELATED ARTICLES
The Queen