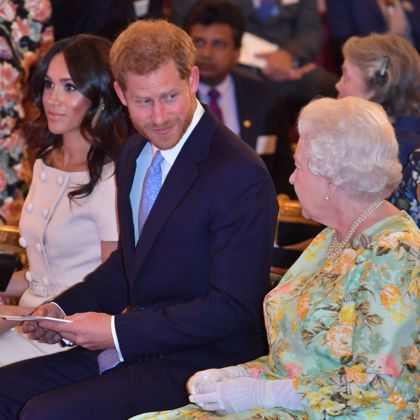 The United Kingdom is getting ready to celebrate the British Remembrance Day, this Sunday, November 14. An event that sows, once again, the discord within the royal family…

This Sunday, November 14, the United Kingdom will celebrate the British Remembrance Day, which marks the armistice of the First World War of 1918. An important event in the eyes of Queen Elizabeth II, but also for her grandson, Prince Harry. For a decade, the latter served his country and, before the Megxit, he had also joined, in 2014, the United Kingdom’s General Staff where he oversaw the organization of events such as the commemorations of the First World War.

This year, the Queen made it known through Buckingham Palace that she still “intends” to lead the Royal Family’s tributes at the Whitehall Cenotaph. This will be her first public appearance since doctors prescribed rest, forcing her to cancel a number of engagements. But the sovereign is likely to be upset by the actions of her grandson, who also plans to celebrate this event on the other side of the Atlantic. Prince Harry is expected to attend a gala event hosted by the Intrepid Museum in New York.

A new provocation of Prince Harry?

Daniela Elser, an expert on the British royal family, sees it as a new provocation from Meghan Markle’s husband, as reported by The Sun this Tuesday, November 9. As a reminder, last year, the Duke and Duchess of Sussex decided to honor the memory of the fallen soldiers by visiting the Los Angeles National Cemetery in private. “His decision to participate in another important outing around this event has a certain provocative side,” says the royal expert. She concludes, “If there’s one word that comes to mind here, it’s reckless. Harry’s refusal to forego any participation in the annual commemoration can be seen as a kind of defiance, given that the events around Remembrance Day are very important to the royal family.”